Tom Kuhr, Don Beyer, Jim Pauli, “Guitar” Joey Gaydos and Tony Mitchell are Spyderhuff. The band’s roots go back to the '70s and on their release Think About Me melds that classic rock sort of style with other genres.

The EP starts with the title track “Think About Me” and is very much a mix of ’70s classic rock and some synths as well which had a very ’80s sort of midi aesthetic not too far from Peter Gabriel and to a lesser extent Talking Heads. The song is fun and loose. It’s also filled to the brim with instrumentation. They did say: “The title track “Think About Me” is a social commentary about social media. It has become a powerful centrifugal force that pins us to the wall of a spinning drum. Interestingly, the lyrics were written in 1992.”

The next song is “Drunk Like a Baby.” Musically there’s a bit of a Pink Floyd thing going on but more like it was played by a jazz band. The horns sounded great and the funky guitar worked as well. I loved some of the grooves. The vocals are similar to the first song and just very loose and borderline comedic. I would say the vocalist is having fun with it.

“Cracker Jack Shack” is a tip of the hat to ’70s blue collar type of classic rock. The band even busts out the cowbell. This song might be a straight parody but either way I loved it. They play into the rock n’ roll handbook and pull off tons of classic rock moves. I thought the harmonica was a nice addition as well.

“I’m Not Afraid” might be the highlight. The song is melodic and a perfect balance between sincerity and levity. There was something in the delivery where the song felt reflective but didn't feel melodramatic. The band goes for more of a country angle on “Revenge In Heaven” and the tone is again sort of on the line.

The songs felt inspired by the ’70s and ’80s but the band jumps around in terms of style and approach. I thought the songs were accessible and felt powerful yet fun at the same time. Recommended. 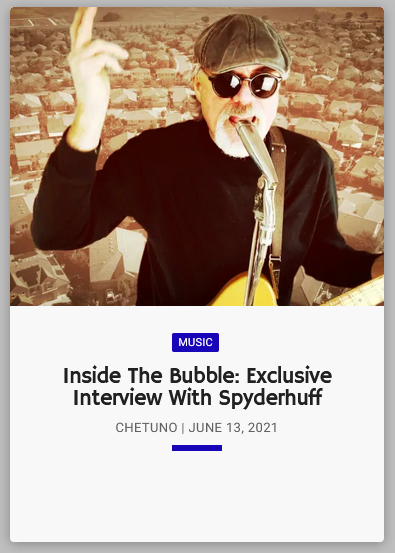 For over fifty years childhood friends Tom and Don ie. Michigan based duo ‘Spyderhuff’ have been playing music together. Although their collaboration has been completely remote of late it hasn’t stopped their creative juices flowing and their newest release a genre bending mesh of blues-rock-country and techno proves just that.

The track is quirky, edgy and tongue in cheek. The lead vocal delivered speech style, provides a commentary on the Black Mirror-esque nature of modern society, social media and it’s narcissism inducing affects summed up in the main hook “I only think about, what people think about, when they think about me”.

The combination of Bongo heavy club beat, retro electric guitar solos and a clear timely message works far better than I imagined a Blues-Rock-Country and Techno fusion ever could. It’s experimental sure, but Spyderhuff’s experiment has certainly paid off.

How many years has it been since the two members of Spyderhuff made music together? Twenty-eight. Their history together goes back farther than that. According to the band they first started playing music together over fifty years. Who doesn't like a reunion?

For their release Tired Wrangler they explain the musical subject matter ranges from ‘loud mufflers’ to ‘growing old.’ I'm in, so lets go. They get the car revved up with “Get a Muffler, Babe” which is a slow burn with just enough attitude and grit. It’s a bluesy rock song with some gritty distorted guitar and some sweet harmonica that’s on fire. The vibe is very ’70s from head to toe and the band sounds at home here. They are having fun and you can tell.

I was not expecting synths but I got some on “Desert Rain.” The synths only created some atmosphere which felt appropriate. It’s a more lush song but there is again some harmonica that burns. The name Desert Rain really fit the vibe perfectly.

The duo have more success with the title track “Tried Wrangler.” I definitely heard a bit more of an affectation on this song. There are some country sounding vocals which by the way are great. This is a slower ballad that is quite relaxing and fun at the same time.

“Ten Thousand Things Could Go Wrong” was another move I wasn’t expecting. This is a funky ’70s type of song. There is a smidge of Bowie here and a very fleshed horn section. It sounds great. They somehow pull this style off.

I love a good driving groove and that’s what we get with “Midwestern California Boy.” Last up is “I’m in the Middle of a Big Wide World” and was one last turn I wasn’t expecting. There is an ’80s aesthetic to this song and some synths and what could be electronic horns.

This was a great release. There were some unexpected turns which just felt like the guys were having fun. I could argue that made the release less cohesive but something about it made it work which is hard to pinpoint. These two clearly have chemistry and make some killer tunes. Let’s not wait another twenty eight-years for the next release. 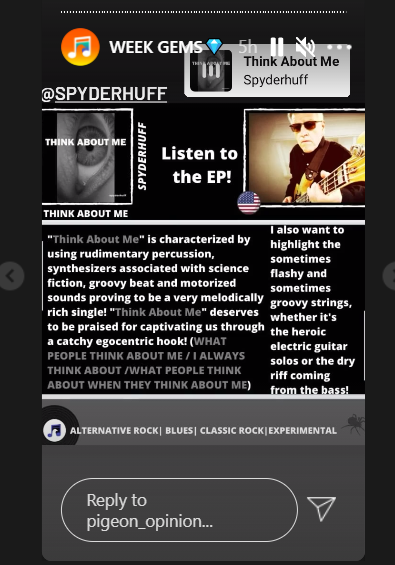